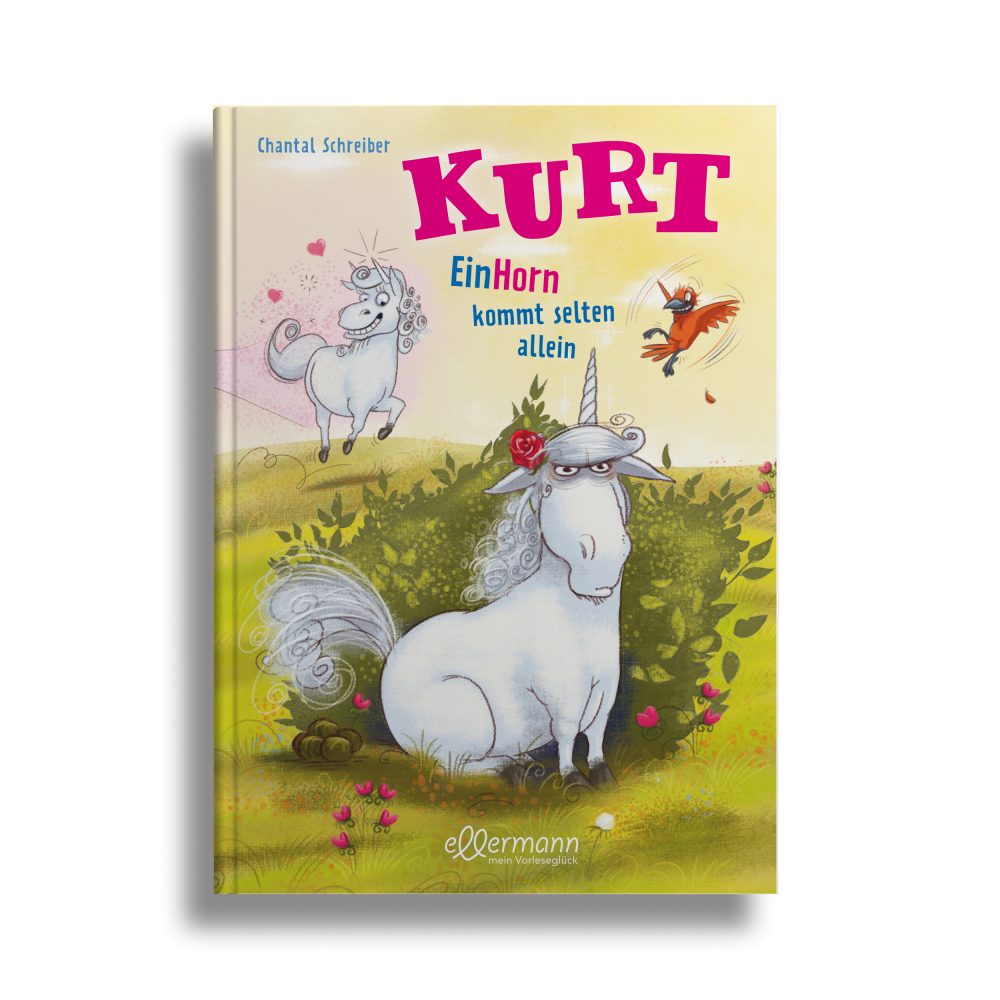 Munching on Marigolds, preferably in a very comfortable, i.e. mostly horizontal position. That’s Kurt’s idea of a perfect day, especially after the hassle of saving the tiny princess. However, innocent creatures are being held captive by an ignorant prince, so Kurt has no choice but to selflessly relinquish the tempting marigolds. What follows is a horn-boggling adventure featuring fearless Ninja-Goldfish, a love-struck giant piglet, a not so little little brother, magical mushrooms and, of all things – a Bihorn!
The sequel to „KURT- Stop the glitter already“ is a wild ride, exploring the concept of superheroism and bringing some long-overdue clarity to the world of fairytales. Fasten seatbelts and enjoy!

or at your local bookstore!