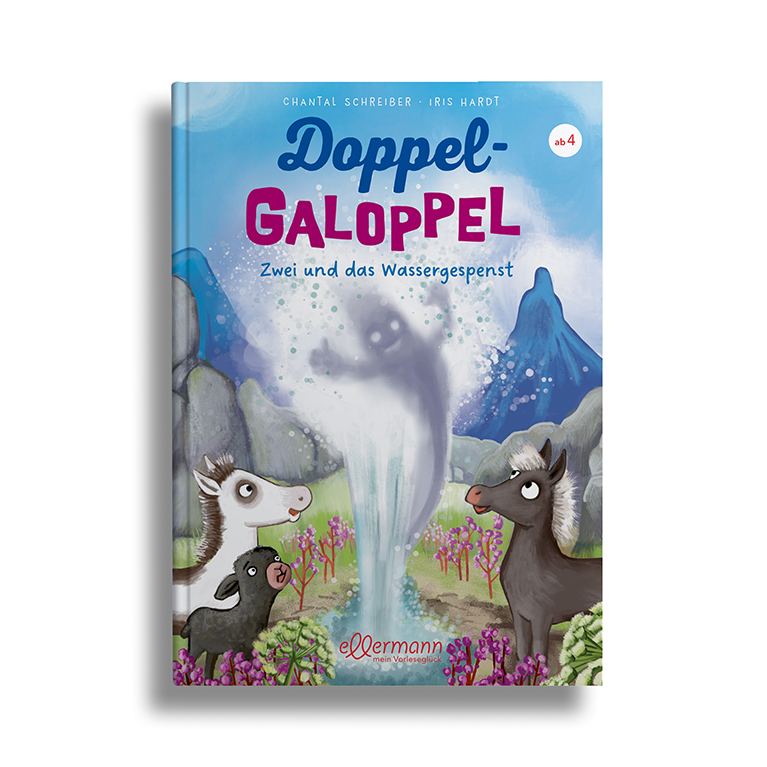 Kappi and Skoppa are back!
And they run into not one ghost, but several ghosts, quite literally! In this second adventure Grandpa Valdi Fanndis and Jon, his grandchildren, the story of how Skoppa, the little mare, wants to show her best friend, the little stallion Kappi, an Icelandic natural phenomenon she has discovered by chance. They meet a little black lamb that (quite understandably, in Kappi’s opinion) mistakes the geyser for a ghost.
But why is the lamb even out in the wild all alone? It has run off from the farm scared by yet another ghost! Kappi and Skoppa decide to accompany their new friend home and face the ghosts. And once again it turns out that the tiniest of them all can be the smartest, and even the most courageous! And it dawns on Fanndis and Jon that being different from one another has an invaluable advantage: You can complement the other!
Now, are Kappi and Skoppa real or just a figment of Grandpa Valdi’s imagination?
Fanndis and Jon don’t agree, of course. What do you think?

or at your local bookstore!